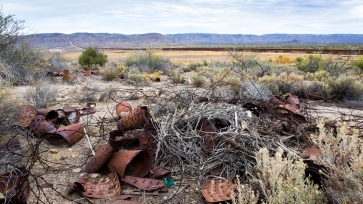 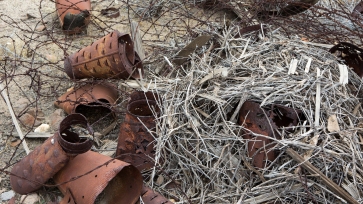 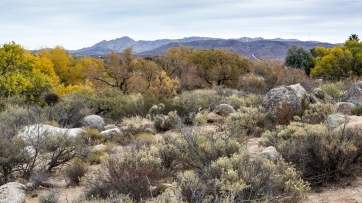 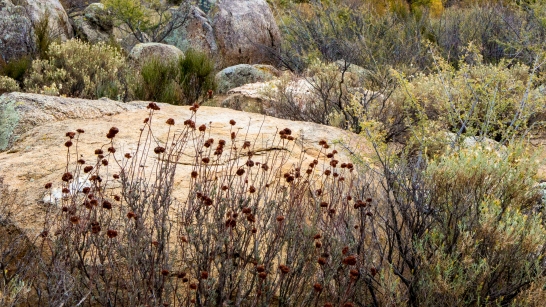 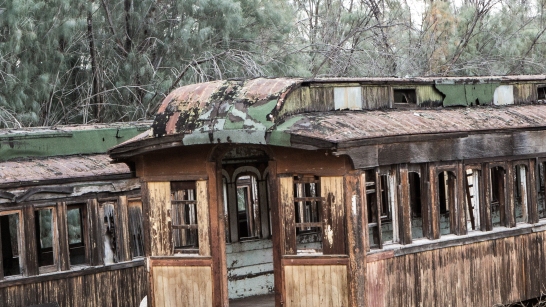 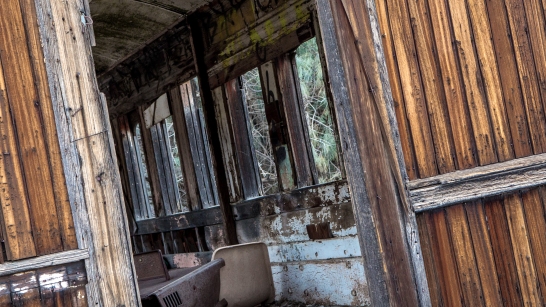 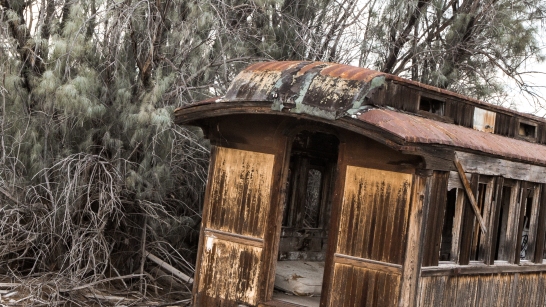 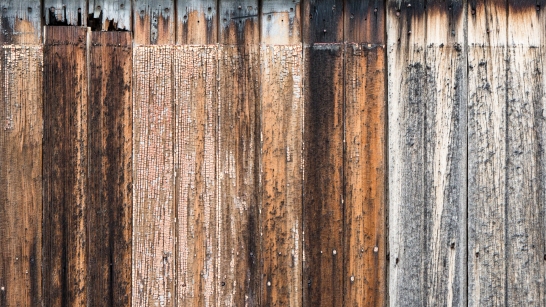 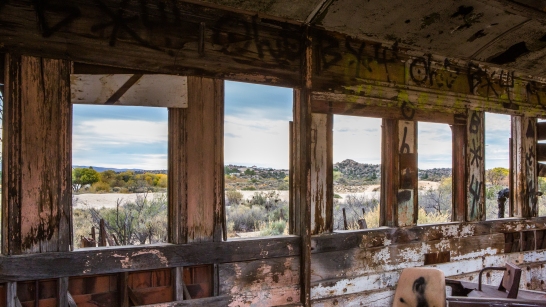 The final image is a sculpture we happened to find near Jacumba’s segment of the Border Fence. Thanks to an article in the San Diego Reader by Chad Deal, who pointed me to tRutt, the website artists David Gleeson and Mary Mihelic, where they describe their American Vetting Wall installation in Jacumba Hot Springs:

In early September we went back to Jacumba Hot Springs, CA to build our second section of Trump’s Wall which we call American Vetting Wall.  We were baffled to see that our first section of Trump Wall had completely disappeared without a trace.  (See the original image below).  We used cinder blocks, old ladders and rope to critique Trump’s fantastical idea that he’d deport 11 million Mexicans and then “let the good ones back in.”  (On the side facing Mexico the text art reads, “Are you nice?  Si or no.”)  Hanging from the top ladder are makeshift booties made from scraps of Mexican blankets and twine that we found in the shrubs near the existing fence.

The U. S. Border Patrol rakes a 40 foot wide smooth strip of dirt along the fence with old tires – to track the footprints of those who jump the fence from Mexico.  The booties minimize the footprints and tracks made by the shoes of those hopping the fence.  We liked finding booties in the landscape.  They are colorful relics of the desire, determination and industriousness of those who risk it all to enter the U.S. in search of a better life. —David Gleeson and Mary Mihelic 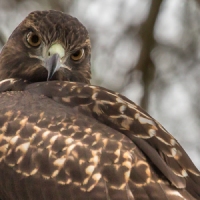 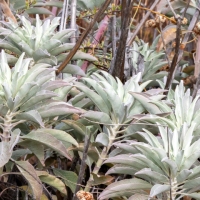 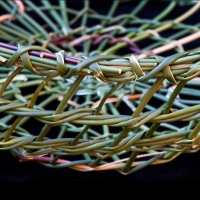 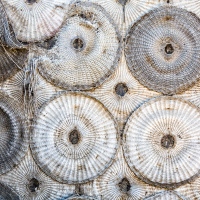 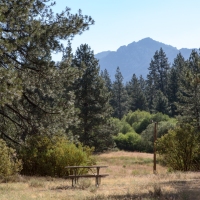 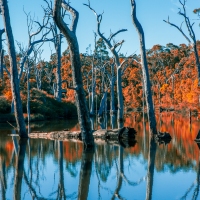 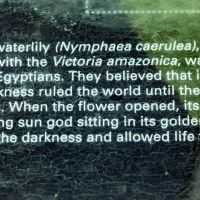 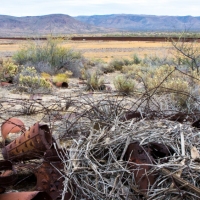 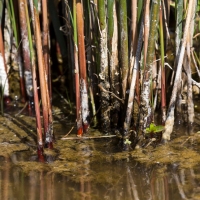